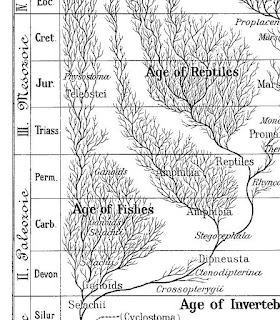 Homo sapiens is the systematic name used in taxnomy (also known as binomial nomenclature) for anatomically modern humans, i.e. the only extant human species. The name is Latin for "wise man" and was introduced in 1758 by Carl Linnaeus (who is himself also the type specimen).

Extinct species of the genus Homo are classified as "archaic humans". This includes at least the separate species Homo erectus, and possibly a number of other species (which are variously also considered subspecies of either H. sapiens or H. erectus. H. sapiens idaltu (2003) is a proposed extinct subspecies of H. sapiens.

The age of speciation of H. sapiens out of ancestral H. erectus (or an intermediate species such as Homo heidelbergensis) is estimated to have taken place at roughly 315,000 years ago. However, there is known to have been continued admixture from archaic human species until as late as some 30,000 years ago; this is also the time of disappearance of any surviving archaic human species, which were apparently absorbed by the recent Out-Of-Africa expansion of Homo sapiens beginning some 50,000 years ago.

Extant human populations have historically been divided into subspecies, but since c. the 1980s all extant groups tend to be subsumed into a single species, H. sapiens, avoiding division into subspecies altogehter.

The speciation of H. sapiens out of varieties of H. erectus is estimated as having taken place between 200,000 and 300,000 years ago. Dispersal of early H. sapiens begins soon after its emergence.

Since the 1970s, the Omo remains, dated to some 195,000 years ago, have often been taken as the conventional cut-off point for the emergence of "anatomically modern humans". Since the 2000s, the discovery of older remains with comparable characteristics, and the discovery of ongoing hybridization between "modern" and "archaic" populations after the time of the Omo remains, have opened up a renewed debate on the "age of Homo sapiens", in journalistic publications cast into terms of "Homo sapiens may be older than previously thought".

A 2017 analysis suggested that the Khoi-San diverged from West African populations as early as 350,000 years ago, i.e. well before the commonly assumed age of H. sapiens. The discovery of fossils attributed to H. sapiens, along with stone tools, dated to approximately 300,000 years ago, found at Jebel Irhoud, Morocco was announced in 2017. Homo sapiens idaltu, found at site Middle Awash in Ethiopia, lived about 160,000 years ago;

Early H sapiens may have reached Asia in a first wave as early as 120,000 years ago. Evidence presented in 2017 raises the possibility that a yet earlier migration, dated to around 270,000 years ago, may have left traces of admixture in Neanderthal genome.

The Recent "Out of Africa" migration of Homo sapiens took place in at least two waves, the first around 130,000 to 100,000 years ago, the second around 70,000 to 60,000 years ago. Eurasia had long been populated by archaic humans, due to the "Out of Africa I" migration more than a million years before. Since the 2010s, admixture events (introgression) of populations of H. sapiens with populations of archaic humans have been discovered as having taken place between roughly 40,000 and 30,000 years ago, both in Eurasia and in Sub-Saharan Africa.

The hypothesis that humans have a single origin (monogenesis) was published in Charles Darwin's Descent of Man (1871). The recent dispersal of H. sapiens from East Africa has been called the (Recent) Out-of-Africa model in the popular press, and academically the recent single-origin hypothesis (RSOH), Replacement Hypothesis, and Recent African Origin (RAO) model. The concept had been speculative until the 1980s, and competed with the so-called multiregional origin model. Evidence for the overwhelming contribution of the "recent African origin" of modern populations outside of Africa, due to the wave of expansion beginning after 70,000 years ago, was established based on mitochondrial DNA, combined with evidence based on physical anthropology of archaic specimens, during the 1990s and 2000s. The assumption of complete replacement has been revised in the 2010s with the discovery of limited admixture (of the order of a few percent).

The recent single origin of modern humans in East Africa was the near-consensus position held within the scientific community prior to 2010. The multiregional origin model, proposed by Milford H. Wolpoff in 1988 provides another explanation for the pattern of human evolution. Multiregional origin holds that the evolution of humanity from the beginning of the Pleistocene 2.5 million years BP to the present day has been within a single, continuous human species.

The San people of Southern Africa have been found to be the human population with the deepest temporal division from all other contemporary populations, estimated at close to 130,000 years ago. A 2011 study has classified them as one of "ancestral population clusters". The same study also located the origin of the first wave of expansion of H. sapiens, beginning roughly 130,000 years ago, in southwestern Africa, near the coastal border of Namibia and Angola.

Following the second Out-of-Africa expansion, some 70,000 to 50,000 years ago, some subpopulations of H. sapiens have been essentially isolated for tens of thousands of years prior to the early modern Age of Discovery. Combined with archaic admixture this has resulted in significant genetic variation, which in some instances has been shown to be the result of directional selection taking place over the past 15,000 years, i.e. significantly later than possible archaic admixture events.