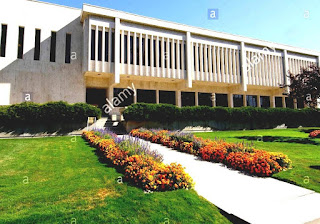 The Idaho Supreme Court is the state supreme court of Idaho and is composed of the chief justice and four associate justices.

The decisions of the Idaho Supreme Court are binding on all other Idaho state courts. The only court that may reverse or modify its decisions is the Supreme Court of the United States.

Justices are elected in non-partisan statewide elections and serve staggered six-year terms. Elections are held in the state primary, now in the spring, with run-off elections in November. The Chief Justice is selected by an election among the five justices and term length for that office is four years. Prior to 1983, the position went to the justice with the least amount of time remaining in his term.

Women on the Supreme Court

The first female justice on the Idaho Supreme Court was Linda Copple Trout, appointed in 1992 by Governor Cecil Andrus and elected in 1996 and 2002. She remains as the state's only female chief justice (1997â€"2004). The second female justice was Cathy Silak, appointed by Andrus in 1993 and elected in 1994. She lost her reelection bid in 2000 to Daniel T. Eismann and became the first incumbent justice from the court to be defeated since 1944. After Trout's retirement in 2007, no women were on the court until the election of Robyn Brody in 2016 to a vacant seat; she is the only justice on the current court not first appointed.