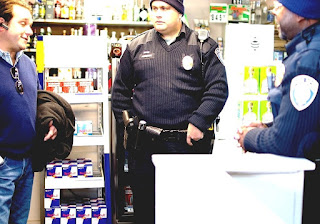 Metro Transit is the primary public transportation operator in the Minneapolisâ€"Saint Paul area of the U.S. state of Minnesota and the largest operator in the state. The system is a division of the Metropolitan Council, the regionâ€™s metropolitan planning organization (MPO), averaging 264,347 riders each weekday, carrying 90% to 95% of the transit riders in the region on a combined network of regular-route buses, light rail and commuter rail. The remainder of transit ridership is generally split among suburban â€œopt-outâ€ carriers operating out of cities that have chosen not to participate in the Metro Transit network. The biggest opt-out providers are Minnesota Valley Transit Authority (MVTA), Maple Grove Transit and Southwest Transit (SW Transit). The University of Minnesota also operates a campus shuttle system of its own, which ranks second in the state, measured by ridership.

In 2017, buses carried about 68% of the systemâ€™s passengers. Just above 16% of ridership was concentrated on Metro Transitâ€™s busiest route, the Green Line light rail. The region's other light rail line, the Blue Line, fell close behind, carrying 13% of Metro Transit passengers. Nearly 2% rode the A Line arterial rapid bus line. The remaining approximately 1% rode the Northstar Commuter Rail service. In 2015, Metro Transit saw its highest yearly ridership ever, with a total of 85.8 million trips, 62.1 million (72%) of which were on buses. The remaining 23.7 million (28%) of passengers traveled on the region's rail lines, including the recently-opened Green Line. The single-day ridership record is 369,626, set on September 1, 2016.

THE BUSES OF METRO TRANSIT IN ST PAUL MN - Metro Transit is the primary public transportation operator in the Minneapolisâ€"Saint Paul area of the U.S. state of Minnesota and the largest operator in the state.

The agency was established by the Minnesota State Legislature in 1967 as the Metropolitan Transit Commission (MTC). MTCâ€™s operations were moved under the auspices of the Metropolitan Council in 1994, prompting a name change to â€œMetropolitan Council Transit Operationsâ€ and then, in 1998, to Metro Transit. The organization traces its history back to the 19th-century streetcar systems of the region through the acquisition in 1970 of the Twin City Lines bus system from businessman Carl Pohlad. At the time of the acquisition, Twin City Lines had 635 buses: 75% of those were over 15 years old and 86 buses were so old that they were banned from operating in Minneapolis. MTC acquired 465 new buses over the next five years and built many new bus shelters.

Shortly thereafter, a long battle began to return rail transit to the region and efforts for additional lines continue at a snailâ€™s pace. It took 32 years to see the first line implemented. In 1972, the Regional Fixed Guideway Study for MTC proposed a $1.3 billion 37- or 57-mile (sources differ) heavy-rail rapid transit system, but the then-separate Metropolitan Council disagreed with that ideaâ€"refusing to even look at the planâ€"and continuing political battles prevented its implementation. The Met Council had its own plans for bus rapid transit in the Cities. Another system using smaller people movers was proposed in the 1975 Small Vehicle Fixed Guideway Study and gained the most traction with the Saint Paul city council, but was eventually dropped in 1980. In the 1980s, light rail was proposed as an alternative and several possible corridors were identified, including the Central Corridor, for which a draft environmental impact statement (DEIS) was drawn up in 1982. However, it was another two decades before the Blue Line light rail line began operation on June 26, 2004, by then, just over 50 years since the last regular-service streetcar ran on June 19, 1954, under the old Twin City Lines. Heavy-rail commuter service began on November 14, 2009, with the Northstar Line. The 2010s decade may finally see several new lines open.

Metro Transit does not cover the whole Twin Cities area. Bus service in the suburbs was being cut back in the early 1980s and suburb-to-suburb service was limited (an issue that remains today). In 1986, cities and counties in the seven-county metropolitan area were given the option to run their own bus services and leave the MTC system. About 17.5% of the area which has regular route transit service is served by these six other â€œopt outâ€ transit systems. About 5% of the system is contracted to private transit providers.

In the mid-2000s decade, the system claimed to have a safety record five times better than the national average.

Metro Transit currently receives the majority of its funding from the State Motor Vehicle Sales Tax, the State General Fund, fares and federal revenues. Metro Transit prepares an annual calendar budget, but most of its subsidy comes from state funds, on a July 1 biennial budget. Between 2001 and 2006, reductions in state general funds and state motor vehicle sales tax collections forced a set of service cuts, fare increases and fuel surcharges, all of which reduced ridership.

Local policy requires that one third of the systemâ€™s funding is to come from fares and current operations slightly exceed that level. Effective October 1, 2008, fares on all buses and trains increased by 25 cents. Express routes cost more (on limited-stop portions) and certain eligible individuals (such as riders with disabilities) may ride for $0.75. Many of the fares are more expensive during rush hour periods. For instance, a rush-hour ride on an express bus costs $3, as opposed to $2.25 for non-rush hours.

The system does not make much use of fare zones aside from downtown zones in Minneapolis and St. Paul, where rides only cost $0.50. Fare transfer cards valid for 2.5 hours are available upon payment of fare. Only the Northstar commuter rail line charges fares based on distance. A number of discounted multiple-use transit pass options are available. In early 2007, the system introduced a contactless smart card (the Go-To card) for paying fares.

The Metro Blue Line opened on June 26, 2004, providing service between Hennepin Ave./Warehouse District Station and Fort Snelling Station. On December 4, 2004, service was extended to Mall of America Station via Minneapolisâ€"St. Paul International Airport. As part of the Northstar Commuter Rail project, on November 14, 2009, the Blue Line was extended a few blocks north to Target Field (Metro Transit Station) to provide connections to the new commuter rail line. Current construction plans call for a northern extension of the Metro Blue Line to Brooklyn Park to open in 2022.

The Metro Green Line opened on June 14, 2014 and connects Downtown Minneapolis, the University of Minnesota, the Midway and Saint Anthony Park neighborhoods of St. Paul, the State Capitol and Downtown St. Paul with light rail service. Future plans call for extending the Green Line to Eden Prairie via the job-rich southwestern suburbs. The Southwest extension isn't expected to be operational until 2023.

The Metro Red Line is a bus rapid transit line operated by Minnesota Valley Transit Authority on behalf of the Metropolitan Council, providing connections between the Blue Line at Mall of America and the southern suburb of Apple Valley. Service began on June 22, 2013.

The Metro Orange Line is a bus rapid transit line that will operate along Interstate 35W from Downtown Minneapolis to the southern suburbs, terminating in Burnsville. Recent estimates anticipate opening the Orange Line in 2021.

Metro Transit operates 123 bus routes, 66 of which are local routes and 51 are express routes. An additional six bus routes are operated under contract with Maple Grove Transit. In 2012, Metro Transit buses averaged 230,575 riders per weekday. The system operates almost 900 wait shelters, including 180 reclaimed from CBS Outdoor in March 2014.

Bus routes are numbered in accordance to portions of the metropolitan area served. Bus routes that primarily serve Minneapolis are numbered 1â€"49, 50â€"59 are inner-city limited-stop routes, 60â€"89 primarily serve St. Paul, and route 94 is an express route that connects the core areas of Minneapolis and St. Paul via I-94. 100 series routes are primarily commuter routes connecting outlying neighborhoods of Minneapolis and St. Paul to the cities' cores, as well as the University of Minnesota. 200 series routes serve the northeast metro, 300 series the southeast, 400 series the southern Dakota and Scott County suburbs, 500 series the suburbs of Richfield, Edina, and Bloomington, 600 series the west and southwest metro, 700 series the northwest metro and 800 series northern Anoka County suburbs.

Metro Transit has been investing into Arterial Bus Rapid Transit. Metro Transit built the A-Line, Minneapolisâ€"Saint Paul's first arterial bus rapid transit line, along Snelling Avenue and Ford Parkway. The A Line connects the Metro Blue Line at 46th St. Station to Rosedale Center with a connection at the Metro Green Line Snelling Avenue station. The A-Line is the first in a series of planned arterial bus rapid transit lines. The A Line opened on June 11, 2016.

The Northstar Line is a commuter rail line providing service between Minneapolis and Big Lake, Minnesota, which opened on November 16, 2009. There are additional bus connections to Becker and St. Cloud, with five round-trips in the peak direction, one reverse commute round-trip on weekdays, and three round-trips on Saturdays and Sundays. Additional service is provided on event days, such as during Twins and Vikings games or the Super Bowl. However, service is not provided on holidays.

Nicollet Mall had been used exclusively for buses and taxis for many years, but the number of buses is being reduced to allow more bicycle use of Nicollet. Beginning in 2005, Metro Transit and the city of Minneapolis experimented with diverting buses from Nicollet to Hennepin Avenue in the evening hours to reduce noise. In December 2009, the â€œMARQ2â€ project, partly funded by the federal government under the Urban Partnership Agreement, was completed, in which two-lane busways were built along the parallel roads of Marquette and 2nd Avenue South. A system of lettered gates was established, by which buses would only stop every other block along those two one-mile corridors. NexTrip digital signs with arrival times were also added, although they weren't functioning at the beginning of the rollout. NexTrip information has also been available through the Metro Transit website since 2008 and can be accessed with mobile web browsers.

Since 1991, Metro Transit buses have been allowed to use â€œbus-only shoulders,â€ road shoulders to bypass traffic jams. Currently, buses are allowed to travel no more than 35Â mph (56Â km/h) or 15Â mph (24Â km/h) faster than the congested traffic in the general purpose lanes. Bus drivers must be very attentive when taking the bus onto the shoulder, since that part of the road is only about one foot wider than the buses in many cases. To help with this issue, researchers at the University of Minnesota helped rig up a bus with a lane-keep system, along with a heads-up display connected to a radar system to alert the driver of any obstacles. The technology was an adaptation of a system previously tested with drivers of snowplows and made some headlines in the early 2000s. This system will be more widely deployed under the Urban Partnership Agreement that assisted in the Marq2 project.

Metro Transit operates service to 28 transit centers, which provide connection points for bus and rail service throughout the metropolitan area.

Metro Transit operates service to 79 park and ride lots and ramps, with a total of 13,829 parking spaces. These lots allow commuters to park their cars for free and take buses and trains to the downtown areas to avoid traffic congestion and parking fees.

In the 2000s, most buses had a mostly white livery with a predominantly blue strip running horizontally along the side and a large white â€œTâ€ inside a red circle on the roof. Dieselâ€"electric hybrid buses introduced toward the end of the decade spurred new color schemes, with yellow at the front and the blue line moved above the side windows. The METRO light-rail vehicles have a different color scheme: predominantly blue and white, with yellow on each end. Metro Transit also uses vehicle wrap advertising on some buses and light rail cars, creating a different appearance.

All of the buses are handicapped-accessible, either using hydraulic lifts or a low-floor design. The Metropolitan Council also operates the Metro Mobility paratransit system for door-to-door transportation.

All Metro Transit buses and light- and heavy-rail trains have bike racks installed.