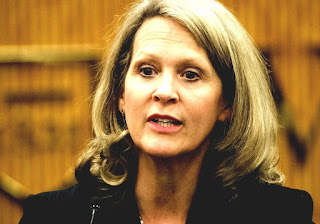 The Courts of Common Pleas are the trial courts of general jurisdiction in the state.

They hear civil cases with a significant amount in controversy and trials for serious crimes. They have original jurisdiction over all cases not exclusively assigned to another court and appellate jurisdiction over judgments from the minor courts (which include the magisterial district courts in all counties but Philadelphia, the Philadelphia Municipal Court and Pittsburgh Municipal Court). They also hear appeals from certain state and most local government agencies.

The courts are established by Article V, Section 5 of the Pennsylvania Constitution: "There shall be one court of common pleas for each judicial district (a) having such divisions and consisting of such number of judges as shall be provided by law, one of whom shall be the president judge; and (b) having unlimited original jurisdiction in all cases except as may otherwise be provided by law."

The Courts of Common Pleas are organized into 60 judicial districts, 53 comprising one of Pennsylvania's 67 counties, and seven comprising two counties.

County courts switching to digital system to save time and money .... Source : www.heraldstandard.com