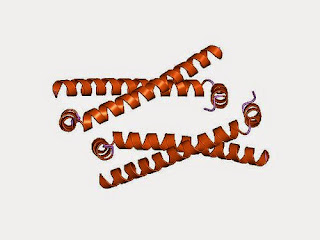 Hepatitis D, also referred to as hepatitis D virus (HDV) and classified as Hepatitis delta virus, is a disease caused by a small circular enveloped RNA virus. It is one of five known hepatitis viruses: A, B, C, D, and E. HDV is considered to be a subviral satellite because it can propagate only in the presence of the hepatitis B virus (HBV). Transmission of HDV can occur either via simultaneous infection with HBV (coinfection) or superimposed on chronic hepatitis B or hepatitis B carrier state (superinfection).

Both superinfection and coinfection with HDV results in more severe complications compared to infection with HBV alone. These complications include a greater likelihood of experiencing liver failure in acute infections and a rapid progression to liver cirrhosis, with an increased chance of developing liver cancer in chronic infections. In combination with hepatitis B virus, hepatitis D has the highest mortality rate of all the hepatitis infections, at 20%.

Hepatitis D virus was first reported in the mid-1977 as a nuclear antigen in patients infected with HBV who had severe liver disease. This nuclear antigen was then thought to be a hepatitis B antigen and was called the delta antigen. Subsequent experiments in chimpanzees showed that the hepatitis delta antigen (HDAg) was a structural part of a pathogen that required HBV infection to replicate. The entire genome was cloned and sequenced in 1986. It was subsequently placed in its own genus: Deltavirus.

The HDV is a small, spherical virus with a 36Â nm diameter. It has an outer coat containing three HBV envelope proteins (called large, medium, and small hepatitis B surface antigens), and host lipids surrounding an inner nucleocapsid. The nucleocapsid contains single-stranded, circular RNA of 1679 nucleotides and about 200 molecules of hepatitis D antigen (HDAg) for each genome. The central region of HDAg has been shown to bind RNA. Several interactions are also mediated by a coiled-coil region at the N terminus of HDAg. The hepatitis D circular genome is unique to animal viruses because of its high GC nucleotide content. The HDV genome exists as an enveloped, negative sense, single-stranded, closed circular RNA. Its nucleotide sequence is 70% self-complementary, allowing the genome to form a partially double-stranded, rod-like RNA structure. With a genome of approximately 1700 nucleotides, HDV is the smallest "virus" known to infect animals. It has been proposed that HDV may have originated from a class of plant pathogens called viroids, which are much smaller than viruses.

Like Hepatitis B, HDV gains entry into liver cells via the NTCP bile transporter. HDV recognizes its receptor via the N-terminal domain of the large hepatitis B surface antigen, HBsAg. Mapping by mutagenesis of this domain has shown that amino acid residues 9â€"15 make up the receptor binding site. After entering the hepatocyte, the virus is uncoated and the nucleocapsid translocated to the nucleus due to a signal in HDAg Since the nucleocapsid does not contain an RNA polymerase to replicate the virusâ€™ genome, the virus makes use of the cellular RNA polymerases. Initially just RNA pol II, now RNA polymerases I and III have also been shown to be involved in HDV replication Normally RNA polymerase II utilizes DNA as a template and produces mRNA. Consequently, if HDV indeed utilizes RNA polymerase II during replication, it would be the only known animal pathogen capable of using a DNA-dependent polymerase as an RNA-dependent polymerase.

The RNA polymerases treat the RNA genome as double stranded DNA due to the folded rod-like structure it is in. Three forms of RNA are made; circular genomic RNA, circular complementary antigenomic RNA, and a linear polyadenylated antigenomic RNA, which is the mRNA containing the open reading frame for the HDAg. Synthesis of antigenomic RNA occurs in the nucleolus, mediated by RNA Pol I, whereas synthesis of genomic RNA takes place in the nucleoplasm, mediated by RNA Pol II. HDV RNA is synthesized first as linear RNA that contains many copies of the genome. The genomic and antigenomic RNA contain a sequence of 85 nucleotides, the Hepatitis delta virus ribozyme, that acts as a ribozyme, which self-cleaves the linear RNA into monomers. These monomers are then ligated to form circular RNA.

There are eight reported genotypes of HDV with unexplained variations in their geographical distribution and pathogenicity.

A significant difference between viroids and HDV is that, while viroids produce no proteins, HDV is known to produce one protein, namely HDAg. It comes in two forms; a 27kDa large-HDAg, and a small-HDAg of 24kDa. The N-terminals of the two forms are identical, they differ by 19 more amino acids in the C-terminal of the large HDAg. Both isoforms are produced from the same reading frame which contains an UAG stop codon at codon 196, which normally produces only the small-HDAg. However, editing by cellular enzyme adenosine deaminase-1 changes the stop codon to UCG, allowing the large-HDAg to be produced. Despite having 90% identical sequences, these two proteins play diverging roles during the course of an infection. HDAg-S is produced in the early stages of an infection and enters the nucleus and supports viral replication. HDAg-L, in contrast, is produced during the later stages of an infection, acts as an inhibitor of viral replication, and is required for assembly of viral particles. Thus RNA editing by the cellular enzymes is critical to the virusâ€™ life cycle because it regulates the balance between viral replication and virion assembly.

The routes of transmission of hepatitis D are similar to those for hepatitis B. Infection is largely restricted to persons at high risk of hepatitis B infection, particularly injecting drug users and persons receiving clotting factor concentrates. Worldwide more than 15 million people are co-infected. HDV is rare in most developed countries, and is mostly associated with intravenous drug use. However, HDV is much more common in the immediate Mediterranean region, sub-Saharan Africa, the Middle East, and the northern part of South America. In all, about 20 million people may be infected with HDV.

The vaccine for hepatitis B protects against hepatitis D virus because of the latter's dependence on the presence of hepatitis B virus for it to replicate.

Low quality evidence suggests that interferon alpha can be effective in reducing the severity of the infection and the effect of the disease during the time the drug is given, but the benefit generally stops when the drug is discontinued, indicating that it does not cure the disease. Interferon is effective only in ~20% of cases.

Three genotypes (Iâ€"III) were originally described. Genotype I has been isolated in Europe, North America, Africa and some Asia. Genotype II has been found in Japan, Taiwan, and Yakutia (Russia). Genotype III has been found exclusively in South America (Peru, Colombia, and Venezuela). Some genomes from Taiwan and the Okinawa islands have been difficult to type but have been placed in genotype 2. However it is now known that there are at least 8 genotypes of this virus (HDV-1 to HDV-8). Phylogenetic studies suggest an African origin for this pathogen.

An analysis of 36 strains of genotype 3 estimated that the most recent common ancestor of these strains originated around 1930. This genotype spread exponentially from early 1950s to the 1970s in South America. The substitution rate was estimated to be 1.07Ã—10âˆ'3 substitutions per site per year.

Genotype 8 has also been isolated from South America. This genotype is usually only found in Africa and may have been imported into South America during the slave trade.

Genotypes, with the exception of type 1, appear to be restricted to certain geographical areas: HDV-2 (previously HDV-IIa) is found in Japan, Taiwan and Yakoutia, Russia; HDV-4 (previously HDV-IIb) in Japan and Taiwan; HDV-3 in the Amazonian region; HDV-5, HDV-6, HDV-7 and HDV-8 in Africa.