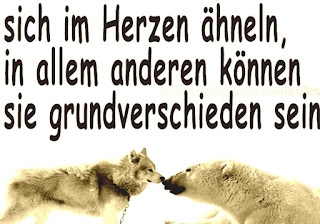 There were many animals aboard the RMS Titanic during her disastrous maiden voyage, which ended with the ship sinking on 15 April 1912 after colliding with an iceberg.

They included dogs, cats, chickens, other birds and an unknown number of rats. Three of the dogs were brought aboard lifeboats by their owners and survived, but the rest of the animals perished in the disaster.

Inventory of the animals

The ship had her own official cat named Jenny, who was kept aboard Titanic as a mascot and also worked to keep down the ship's population of rats and mice. Transferred over from Titanic's sister ship Olympic, Jenny gave birth in the week before Titanic sailed from Southampton. She normally lived in the galley, where the victualling staff fed her and her kittens on scraps from the kitchens. Stewardess Violet Jessop wrote that the cat "laid her family near Jim, the scullion, whose approval she always sought and who always gave her warm devotion".

A number of dogs were brought aboard by passengers as pets. Most were kept in kennels on the ship's F Deck, though some First Class passengers kept theirs in their cabinsÂ â€" probably without the knowledge of the crew or with the turning of a blind eye, as they were not supposed to do so. The ship's carpenter, John Hutchison, was responsible for the dogs' welfare. The kennel dogs were exercised daily on the poop deck by a steward or one of the bellboys. As for the lapdogs, the American painter Francis Davis Millet wrote disapprovingly in a letter sent from Titanic's last stop, Queenstown in Ireland, "Looking over the [passenger] list I only find three or four people I know but there are [...] a number of obnoxious, ostentatious American women, the scourge of any place they infest, and worse on shipboard than anywhere. Many of them carry tiny dogs, and lead husbands around like pet lambs". The dog owners had planned to hold a dog show aboard the ship on the morning of 15 April, but the Titanic would sink the preceding night.

The details of several of the dogs aboard Titanic were recorded and included:

As well as the dogs and cats, there were a number of birds aboard. Ella Holmes White of New York brought four roosters and hens, which were probably kept in or near the F Deck dog kennels. She had imported them from France with the intention of improving her poultry stock at home. Another woman was said to have brought 30 cockerels aboard and Elizabeth Ramel Nye brought her yellow canary. Two dogs and a canary disembarked with the passengers who left the ship at Cherbourg, Titanic's first port of call after Southampton. The animals travelled on their own tickets and even the canary that left at Cherbourg had to be paid for, to the tune of 25 US cents.

Like any other ship of the time, Titanic had a substantial population of rats. One was seen running across the Third Class Dining Room on the evening of the sinking, to the shock and amazement of the diners. Some of the women who saw it burst into tears, while men tried unsuccessfully to capture the rat.

Fate of the animals

Few of Titanic's animals survived the ship's sinking. Three of the dogs were taken aboard lifeboats by their owners. Margaret Hays' Pomeranian got away safely in Lifeboat 7 and lived until 1919, while Elizabeth Rothschild refused to board Lifeboat 6 unless her dog was allowed to come too. Henry and Myra Harper brought their Pekingese aboard Lifeboat 3, but Helen Bishop had to abandon Frou-Frou in her cabin, much to their mutual distress. The dog attempted to stop her leaving by holding on to her dress with his teeth until the seam tore. Afterwards, Bishop spoke of her sorrow: "The loss of my little dog hurt me very much. I will never forget how he dragged on my clothes. He so wanted to accompany me".

None of the other animals survived. At some point during the sinking, someone decided to free the dogs from their kennels, leading to a pack of excited dogs racing up and down the slanting deck as the ship went down. One female passenger is said to have refused to be parted from her dog and chose to stay aboard. Several days later, as the SS Bremen passed through an area still strewn with debris and bodies floating in the water, passengers saw the body of a woman tightly holding a large shaggy dog in her arms. Robert W. Daniel's bulldog Gamin de Pycombe was last seen in the water swimming for his life after the ship went down.

After the sinking, several of the surviving animal owners made compensation claims for their lost pets and poultry. Daniel claimed $750 for the loss of his pedigree bulldog, while Carter claimed $300 for the loss of his two dogs. White claimed $207.87 for her lost chickens and Chow-Chow was valued by Anderson at $50. Only three out of twelve dogs survived the sinking.