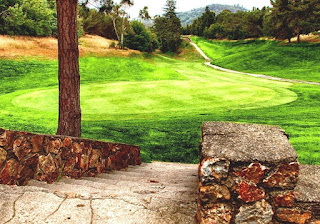 Lake Chabot is a man-made lake covering 317 acres (1.3Â km2) in Alameda County, California. Part of the lake lies within Oakland city limits, but most of it lies in unincorporated Castro Valley, just east of San Leandro. It was formed by the damming of San Leandro Creek. The lake was completed in 1875 to serve as a primary source of water for the East Bay.

The East Bay Regional Park District has announced that parts of the park will be closed to the public for 18 months, beginning in May 2017, while the East Bay Municipal Utility District (EBMUD) completes seismic retrofit work on the 142-year-old dam. During this closure, the Lake Chabot Bicycle Loop and hiking loop will be CLOSED across the dam. For more information, please go to http://www.ebmud.com/about-us/construction-my-neighborhood/chabot-dam-upgrade/.

Lake Chabot was closed to recreation for 91 years. Legislation passed in the 1960s opened the lake for controlled recreation uses. Currently, the lake serves as a standby emergency water supply. For this reason, visitors are asked to observe certain necessary regulations to keep the waters pure. There are also blooms of toxic blue-green algae in the lake during the summer and fall that make contact with the water dangerous.

Aside from sedimentation caused by normal earth-fill dam construction, much of the dam's clay core and soil overburden were washed away in a storm during construction in 1874, resulting in the formation of Arrowhead Marsh in San Leandro Bay, at the mouth of San Leandro Creek near the Oakland International Airport. Coastal surveys show the marsh appearing sometime between 1855 and 1895, though logging of the San Antonio Forest may have also played a role.

Today, Arrowhead Marsh is one of the last remaining wetlands in the East Bay, and part of Martin Luther King Jr. Regional Shoreline, while nearly all of the surrounding historic marsh has been covered with industrial development.