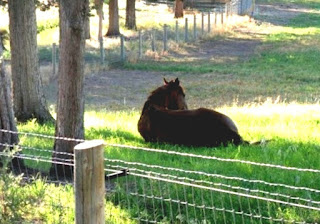 Most U.S. airports use the same three-letter location identifier for the FAA and IATA, but this airport is BDN to the FAA and has no IATA code (IATA assigned BDN to Talhar Airport in Badin, Pakistan).

Covering about 415 acres (1.68Â km2), Bend Municipal Airport traces its history to 1942. A group of Bend citizens banded together to deed a small piece of farmland to the City of Bend for a municipal landing strip. The site was developed and used for pilot training through World War II. After the war, the airstrip was maintained by the City of Bend for civil use; it slowly grew during the 1950s and 1960s.

In 1979, development of an Airport Master Plan was undertaken. This plan established the direction for development at the airport and forecast significant growth in activity at the Bend Airport. This Master Plan, however, was completed while General Aviation was booming across the country. A downturn in the general economy affected General Aviation in the 1980s and through the early 1990s and the forecast growth did not materialize. That changed by the late 1990s, and General Aviation began a resurgence that continues today, along with increased business and corporate aviation travel to Bend. Bend Municipal Airport is poised to be the General Aviation and Corporate Aviation gateway to Central Oregon. Continued development of Epic Aircraft, Leading Edge Aviation, Precise Flight, and other growing tenants on the Airport have made an aviation business park of the Bend Airport. More than eighteen aviation related businesses on the airport employ more than 1000 people, making the Bend Municipal Airport one of the largest concentrations of family-wage jobs in the Bend area. Over the next several years, a number of improvements are planned, including an Airport Master Plan Update and development of a full east side parallel taxiway, as well as more than 40 acres (160,000Â m2) of general aviation and corporate aviation facilities.

Bend Municipal Airport is identified as a Category 2, High Activity Business and General Aviation airport by the Oregon Department of Aviation. In the year ending June 24, 2008, the airport had 50,100 aircraft operations, average 137 per day: 98% general aviation, 2% air taxi, and <1% military. 199 aircraft were then based at this airport: 80% single-engine, 8% multi-engine, 2% jet, 4% helicopter, 4% glider and 2% ultralight.