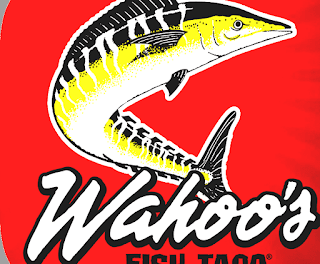 Wahoo's Fish Taco is a U.S.-based restaurant chain that offers Mexican food mixed with Brazilian and Asian flavors. Categorized as a "fast casual restaurant", the quality and preparation time of its food is between that of a fast-food restaurant and a more formal restaurant. Wahoo's provides many vegetarian and some vegan options, such as tofu, banzai veggies and brown rice, and also provides a kids' meal menu. They serve Wahoo fish in their tacos, as well as Mahi-mahi.

Wing Lam, Co-Founder Wahoo's Fish Tacos - Lam explains how they grew their restaurant business from a single store to over 50 locations.

Wahoo's was founded in Costa Mesa, California, in 1988 by Chinese-Brazilian brothers Eduardo "Ed" Lee, Renato "Mingo" Lee and Wing Lam, who mixed traditional Chinese and Brazilian flavors with dishes they encountered while traveling in Mexico. Their parents had fled to Brazil in the 1950s following the conclusion of the Chinese Civil War, and settled in SÃ£o Paulo, opening a Chinese restaurant; their five sons were all born in Brazil. Their father, Cheong Lee, and the eldest brother came to the United States in 1964, and the rest of the family arrived in 1975, opening the Shanghai Pine Gardens restaurant on Balboa Island. Based on their experience working long hours at Shanghai Pine Gardens, the parents insisted that their five children should study medicine, law, or engineering; the eldest brother went to law school, the second brother studied medicine, and the third brother (Wing Lam) attended San Diego State University, initially studying engineering, but switching to finance after being placed on academic probation.

The first Wahoo's Fish Taco restaurant, located at 1862 Placentia Avenue in Costa Mesa, opened in November 1989, serving Baja California-style fish tacos. The three brothers (youngest of the five sons) were the main restaurant employees. Wing Lam recounted in 2011 that "back in the day, I took your order, ran to the kitchen, made it and delivered it to your table." The three brothers remain involved in daily operations, with Wing Lam staffing the chain's California-based food truck. The first restaurant was funded in part with US$30,000 the brothers received from their parents after selling Shanghai Pine Gardens.

The Lake Forest location was involved in a November 1995 lawsuit resulting from an incident in which a customer bit into a bloody bandage. The bandage had come off an employee's finger as he was preparing the lettuce, prompting apologies from the owners and changes to food preparation policy, including mandating the use of steel mesh gloves while chopping food and the increased use of food processors.

By 1994, Wahoo's had opened two additional locations, one each in Costa Mesa and Laguna Beach. The business permit for the fourth location in Huntington Beach, was delayed over a city code requirement to pay for 12 spaces in the city-owned Main Street parking garage, and an additional location was opened in Lake Forest in May 1994. By late 1995, Wahoo's had six locations in total, five in Orange County, California and one in Denver, Colorado. The Wahoo's that opened in Manhattan Beach in 1998 was the first Wahoo's in California outside Orange County. In 2001, Wahoo's had 22 locations and announced plans to open 40 more by 2006. By 2005, Wahoo's had 36 locations, including the original Costa Mesa restaurant.

Wahoo's has since expanded across California and has opened locations in Colorado, Hawaii, Nebraska, Nevada, Pennsylvania and Texas. In 2009, Wahoo's announced plans to add 100 franchise locations by 2014, but those plans have slowed. By Wahoo's 25-year anniversary in 2013, they had 64 restaurants in seven states, and would later that year go on to open Wahoo's first international restaurant in Tokyo, Japan.

From the outset, Wahoo's has targeted the surfing community by offering affordable prices and eclectic decor, which uses stickers and surfing equipment inside the restaurant. Wahoo's would cater corporate events for surf apparel companies and local surf contests to build word-of-mouth for its fish tacos. Similar strategies were used to build support in other "extreme" sports communities such as snowboarding, rock climbing, and cycling.

Wahoo's also built a strong youth following by naming a local "athlete of the week" and sponsoring a meal, which would inevitably be attended by the athlete's friends.

The fish tacos served by street vendors in Baja California were, in Lam's recollection, generally filled with unsaleable by-caught fish such as shark; the bycatch would be sold cheaply to street vendors, who sliced the fish into strips, deep fried the strips, and sold the fish in inexpensive tacos with cabbage and tomatoes. While attending San Diego State, Lam came up with the idea to replicate the fish tacos for an American audience, similar to the origin story told by Rubio's founder (and fellow Aztec alumnus) Ralph Rubio. The primary difference was the Wahoo's fish taco was prepared as his family would interpret the recipe: grilled meat, instead of fried, and beans without lard or bacon fat, with vegetarian and vegan options. The brothers' efforts to replicate street tacos with a healthy twist coincided with a renewed consumer interest in "fresh" Mexican cuisine, and Wahoo's has offered nutritional information from the start to cater to health-conscious consumers. In addition, Wahoo's has been credited as creating one of the earliest Asian-taco fusions.

Word-of-mouth from existing stores was sufficient when new Orange County locations were opened, but when Wahoo's expanded north into Manhattan Beach in Los Angeles County, the marketing effort reverted to advertising in local newspapers and schools.

Author Earlene Fowler credits the original Wahoo's location as her office while she was writing her first novel.

Travis Barker, drummer for blink-182, opened a Wahoo's Fish Taco restaurant in Norco, California (co-owned with the Lee brothers) in 2004.