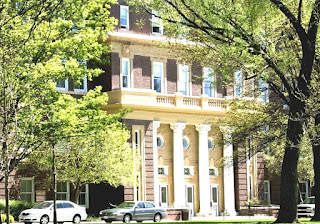 Pittsburg State University, also called Pitt State or PSU, is a public university with approximately 7,479 students (6,000 undergraduates and 1,400 graduate students) located in Pittsburg, Kansas, United States. A large percentage of the student population consists of residents within the Pittsburg region; the gender proportion is relatively equal. Almost 89% of the students are Americans. Pitt State also has a 19:1 student-to-faculty ratio. It is a member of the Kansas Board of Regents. Currently, it has an endowment of around $74,000,000. The student newspaper of Pittsburg State University is the Collegio.

Pittsburg State has had 11 leaders. The top leadership post was originally titled as "Principal" from 1903 to 1913. In 1913, the title was changed to "President."

Located in southeast Kansas, the 223-acre (0.90Â km2) campus is also the home of the $30 million Kansas Technology Center, a state-of-the-art technology program in the largest academic building in Kansas.

In December 2014, the university opened the Bicknell Family Center for the Arts. The Bicknell Center provides Pittsburg State University with its first true performance facility since 1978, when deterioration forced the closure of Carney Hall. In addition to the Linda & Lee Scott Performance Hall, the facility also houses a 250-seat theater, a 2,000-square-foot art gallery, grand lobby, reception hall, and multi-use rehearsal space for large musical groups.

PSU is organized into the following schools and colleges:

The Kelce College of Business is accredited by the American Assembly of Collegiate Schools of Business (AACSB). In addition, research institutes are located on campus such as the Business & Technology Institute and the Kansas Polymer Research Center, housed in the newly completed Tyler Research Center.

The average grade point average and ACT score for an admitted freshman was 3.30 and 21, respectively according to Princeton Review. According to College Board, 91% of applicants are accepted into Pittsburg State University.

The school competes in the NCAA Division II and has been a member of the Mid-America Intercollegiate Athletics Association (MIAA) since 1989. The University currently fields teams in 10 sports, including:

The Pitt State football program began in 1908 under head coach Albert McLeland. Since that time, the program has produced the most wins in NCAA Division II history. It has been National Champions on four occasions; 1957,1961,1991 and 2011. Pittsburg State defeated Wayne State University, MI, 35â€"21 to claim its most recent national championship in 2011. During the 2004 season the Gorillas finished 14â€"1, losing 31â€"36 to Valdosta State University in the NCAA Division II National Football Championship. Pittsburg State has won, outright or shared, a total of 27 conference championships during the 96-year history of its intercollegiate program, including 13 conference titles in the last 19 seasons under Coach Chuck Broyles PSU reached the Division II National Championship game in 2004, 1995, and 1992. Its games with fellow MIAA Division II powerhouse Northwest Missouri State University are played at Arrowhead Stadium in Kansas City, Missouri, in the Fall Classic at Arrowhead. 26,695 attended the 2002 gameâ€"the most of any Division II game.

PSU is the only university in the United States to feature a gorilla as a mascot. The concept of the mascot was conceived in 1920, and officially adopted on January 15, 1925. Current mascot, Gus, was designed in 1985 by L. Michael Hailey.

Back in 1907, a small delegation from the Pittsburg area lobbied the state legislature to give the newly established university an appropriation that would pay for the construction of the schoolâ€™s first building. But one of the delegate members, Pittsburg mayor Clarence Price, apparently broke the rules by not exiting the floor before the session began (in some versions of the story, it was the namesake of Russ Hall, R.S. Russ, who performed the gaffe). The legislators good-naturedly fined the Pittsburg delegation a barrel of apples before awarding them the appropriation. And when the men returned to Pittsburg, the students were so amused by the story that they decided university administrators and faculty who had missed work and class in order to lobby in Topeka should have to pay the same fine. In those days, students were penalized for truancy. Because members of the faculty left their classrooms in order to attend the legislative session in Topeka, the students reasoned that faculty members should be penalized for their absence.

Twelve months later, on March 6, 1908, classes were dismissed for the entire day in honor of the first Apple Day (officially titled Commemoration Day). During an afternoon program in the assembly room of the Central School building, the students once again fined the faculty a barrel of apples. Thus began the unique, annual, tradition at Pittsburg State of the teachers bringing apples for their students.